A class of important semiconductors, such as Silicon, have indirect bandgap, which critically limits their optical properties. This is especially unfortunate for Silicon, where Si light source would enable realization of the long awaited on-chip-integrated Si laser for integrated optical computing CPU architecture or all-Si CMOS compatible micro-LEDs for displays.

Efficiency of emission can be improved by increasing the radiative rate. In indirect bandgap nanocrystal materials, such as silicon nanocrystals (SiNCs), radiative rate is size-dependent, but unfortunately remains low even for the smallest SiNCs. This means that (i) despite no long range translational symmetry, band-to-band transition remains indirect and (ii) we need to find additional engineering tools to improve the rate beyond the quantum confinement.

We suggest to use as additonal engineering tools charge transfer and/or strain. In past, we have addressed the charge transfer from core to ligand LSA13 PRB14 using tight binding. In our recently published work ChemMater20, by a self-consistent ground state density functional theory (DFT) simulations, we simulate a realistic 2nm SiNCs with organic ligands designed to induce separartely either charge transfer or strain, or both. Using charge transfer, we see enhancement of radiative rate, which is consistently reduced by strain induced by ligands via steric hindnace. Additionally, due to the remaining indirectness of the band-to-band transitions, we suggest as a part of standard DFT workflow to include k-space projection of the molecular orbitals (see figure below) and evaluation of the thermalized radiative rates. 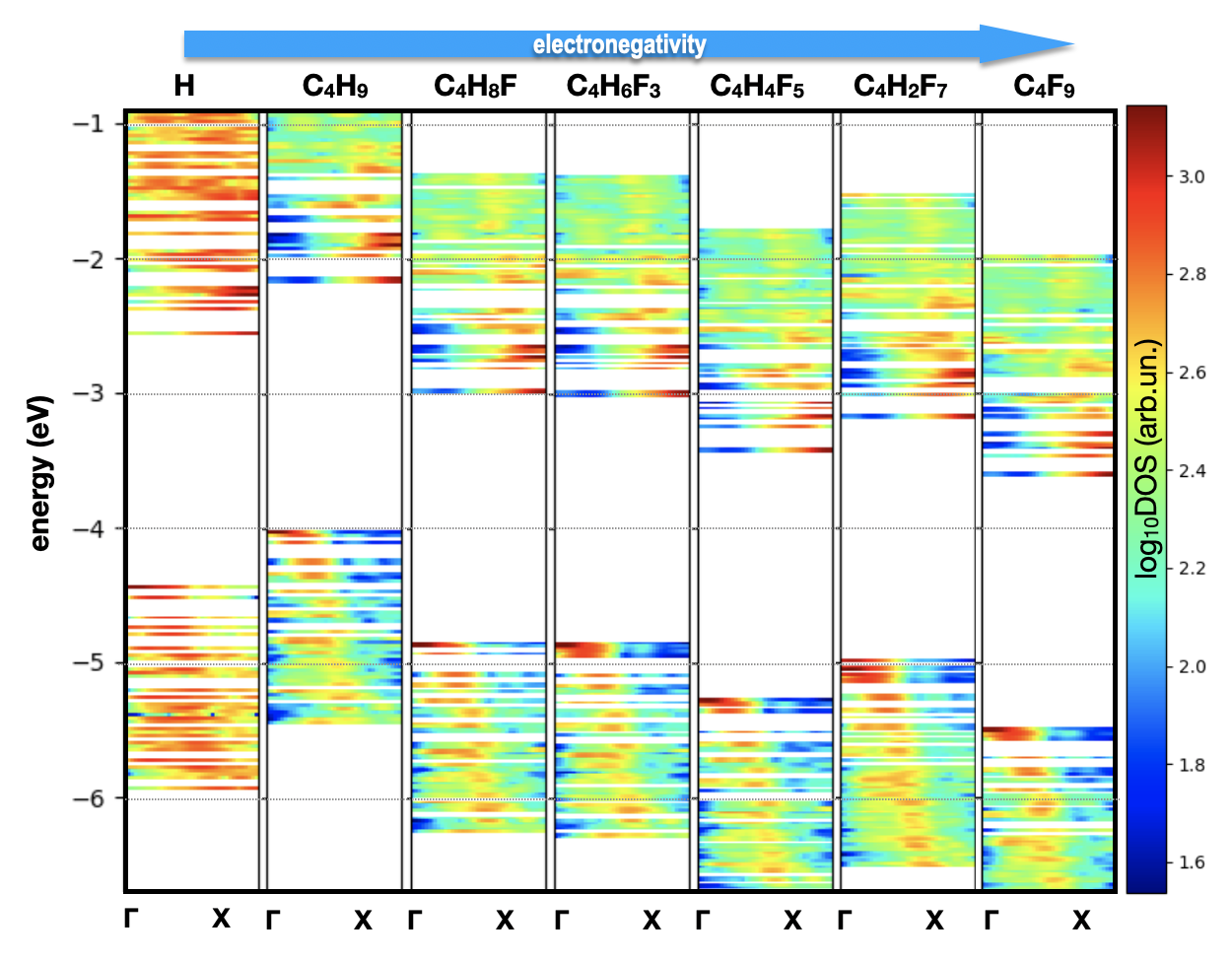 Figure - "Fuzzy" band-structures of several 2 nm SiNCs with increasingly electronegative ligands (from left to right). NCs have all the same size and geometry. Ligands are attached to the same surface sites.